Let's talk about the Hog!

What’s it doing? We don’t know. But we have some ideas.

Check out the video to see what we’re up to.

What do you think?

When you decide to send out prototypes and you are looking for guinea pigs : I am that guinea pig. Alyssa Blom [Truth Coffee Roasting - South Africa]

i would like to see the hog actually interact with a basket of grinds. i have the ocd 2 and love it but your tool shows tremendous potential in that it is attempting to evenly distribute all the grinds throughout all the basket from top to bottom and side to side. once accomplished, finish off with a push style tamper.

The durability and longevity is what was on my mind the entire video, a tamper can survive a short half metre drop from the bar, but if that lands needle side down it is fubar, no?

but those concerns aside, it looks promising!

This is not a distribution tool (that we’re aware of). You’ll still need to distribute well somehow beforehand.

Working on something that keeps them contained. Kind of like meat tenderisers.

is the function to create even pathways for the water to move through the coffee in order to promote more even extraction? trying to connect “we’re grinding too fine” with increasing extraction by up to 2%. is using the tool changing the rate of flow through the coffee bed at the same grind setting?

Great idea and appreciate the effort by those trying to get a better extraction.

How can I sign up and a beta tester for the prototype “HOG”?

I’ll pay the postage to try out your test “Hog”.

Let me know and keep up the good work.

…new hashtags to go with the hog theme! #meatcoffee #tenderizegrindsnotmeat

Saw “Costas of Sweden” is coincidentally working on something similar:

In your early tests you were cutting brushes down to 58mm to fit the baskets and rotating. What if the diameter was smaller and rotated around the basket like a Spirograph - much like a commercial mixer?

Interesting to see similar used (with a dist tool first) at WBC (haven’t watched all routines yet to see who else was using them. PuqPress abound from what I saw live. 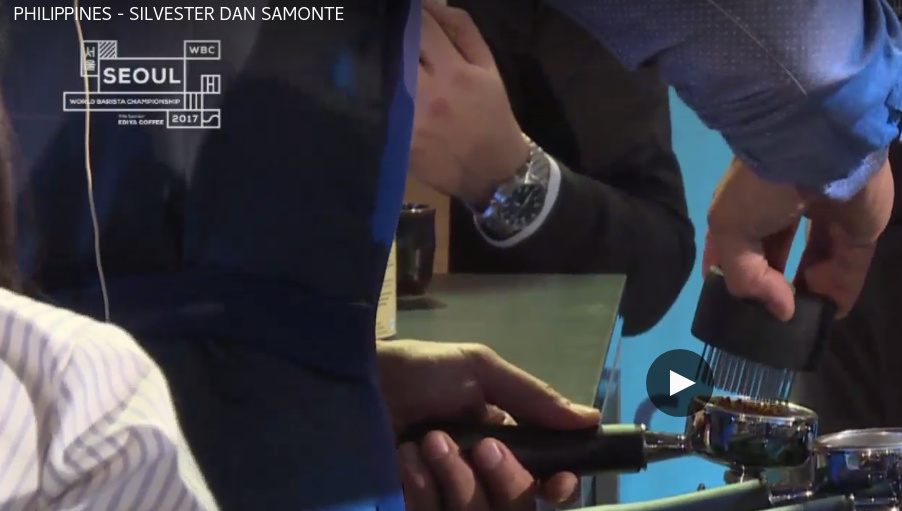 @owenrogers are you speaking from experience

Mine is made out of a dog brush, but the length and diameter of pin and spacing of Silvester’s look superior to what I have. These tools make the puck density more consistent from edge to edge pre-tamp in my limited experience.

Super interested in getting one of these babies to test with bar flow at our bustling Seattle cafe. Let us know as soon as prototypes are available for testing/ experimentation? Thanks again for all y’all do! Happy brewing!

How far is this project at the moment? I’m curious